Around the World Part 2 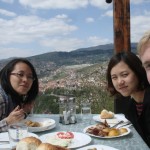 Me and my fellow travellers, on the way down from the 1984 Winter Olympics bobsleigh track in Sarajevo. 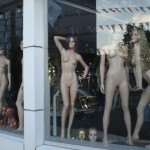 Waiting for me in Istanbul.

Around the World Part 1 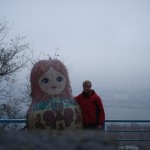 The only photo of me in Russia. This is in Vladivostok and, as with many self-taken photos, includes the bottom of whatever surface the camera was sitting on. 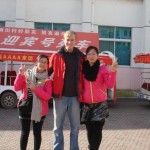 Me in Nanjiecun. There are countless photos like this on Chinese people’s cameras, all over the country. 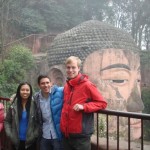 Me, my fellow travellers and a giant Budda in Leshan. The woman in the pink is not related to us in any way, by the way. 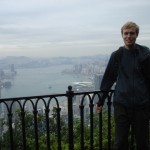 Me in Hong Kong, overlooking the city from Victoria Peak. 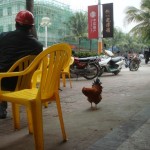 My favourite photo from Hainan. It’s a chicken, wandering the floor of a cafe. 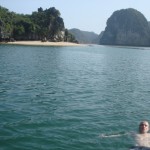 Me, having a thoroughly spiffing time in Lan Ha Bay. 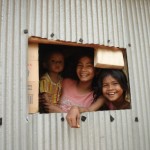 Some girls looking at me through the window of their living room in Kampot province. 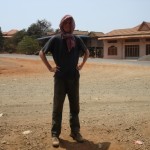 Me, after having traversed the ‘dirt track’ between Kohn Nhek and Ban Lung. 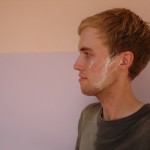 New Year, Thai style! This is what happened when I walked around for 20 minutes, trying to find a hotel. 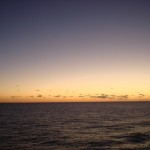 Sunset on Buxstar, somewhere between Jakarta and Fremantle (Perth). 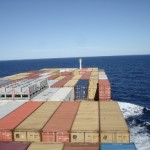 The view from the bridge on Buxstar. This is somewhere between Jakarta and Fremantle (Perth), as the weather is good! 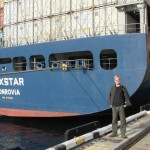 My name is Tom Jay and in 2012 I set off on my first round-the-world trip, from London to Sydney, without flying. Since then I have lived in the UK and Taiwan, and been on trips around Eastern Europe and East Asia. This is my blog of my experiences, and I hope to continue to add to it, as I continue to travel!

I'm currently writing a book, have plans for another one, and am also working on getting a blog set up for all the pictures I've taken on my smartphone. Stay tuned!